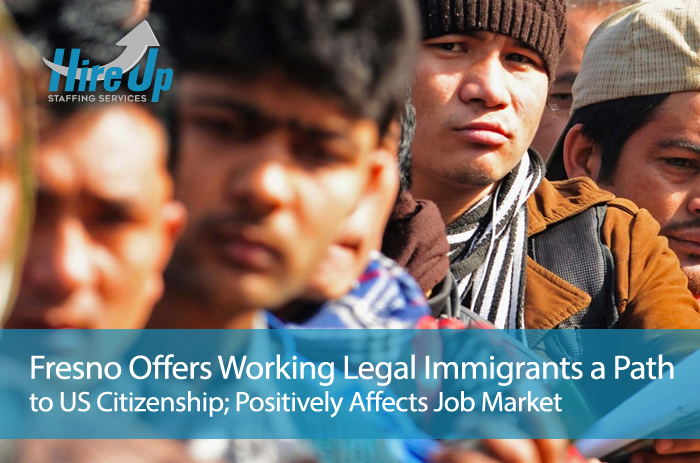 Fresno’s immigration office is offering legal migrants from other countries to apply for American citizenship. Based in Downtown Fresno on the Old Warehouse Row, the US Citizenship and Immigration Services office is inviting working migrants who are here legally to get their green card.

According to a report by According to the Minnesota Population Center “2013 American Community Survey Integrated Public Use Microdata Series” and tabulations by Business Insider, most immigrant jobs in California fall under miscellaneous agricultural workers.

While this is true, and countrywide it revealed that many immigrants are housekeepers, janitors and agricultural workers, there are a lot of native-born who make the majority of jobs thought to be overwhelmingly worked by non-natives. According to the Center for Immigration Studies:

However, the jobs worked by immigrants usually require little formal education and would pay low wages. For example, in high-immigrant occupations, 59% of the workers have a high school education or lower, in comparison to 31% of the rest of the labor force.

Native-born US citizens have nothing to worry about either – immigrants aren’t “stealing” jobs. In fact, economists mostly agree that immigration is good for the economy. Immigrants create jobs and make native-born workers more prosperous too.

Based on tabulations from the 2013 American Community Survey, the top 10 occupations for immigrant workers without high school diplomas are:

It is predicted that by 2022, approximately 4 million more jobs that don’t require high school degrees will be added to the U.S. job market.