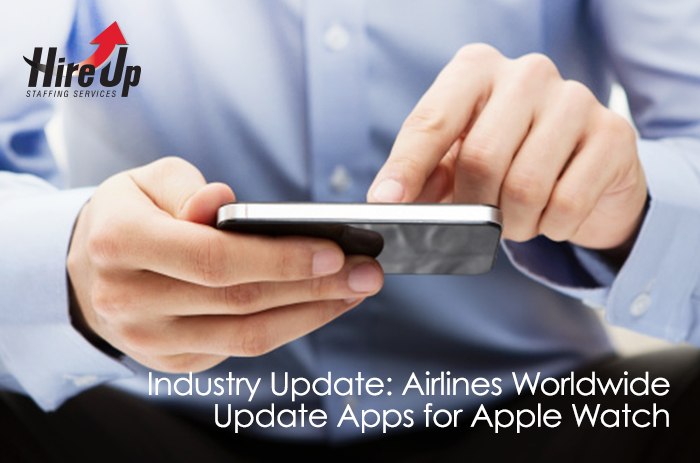 Less than a month ago, Apple released its newest product the Apple Watch – something looked forward to, not just by the well-traveled but by many travel-related companies around the globe. The Apple Watch is dubbed as the tech mogul’s “most personal product to date,” which is part of the reason plenty of people are practically scrambling for it.
This mild panic can also be felt behind the scenes, as airline companies around the world felt there was a much-needed update of their iOS apps to keep up with the times. Among the first US airlines to update their apps for Apple Watch compatibility were Alaska Air, American, Delta, JetBlue and United.
Following suit were Air Canada, British Airways, EasyJet, Emirates, Japan Airlines, Qantas Airways and WestJet who were among many others.
American Airlines were Apple Watch’s launch partner, so they were able to design their updated app to offer flight check-in options, show flight updates, baggage claim and connection details, and even an in-flight map displaying how much time is left until arrival.
Fly Delta is another Apple Watch app that lets travelers monitor departure and arrival countdown times, as well as give gate and baggage carousel information, and even display boarding passes the user has saved into their Passbook app.
Alaska Airlines stated their Apple Watch app came out after “four months of planning, customer interviews (and) field trips to the airport.”
Other airlines have similar features on their own updated apps, some even offering additional features for users such as weather reports for their destinations. easyJet’s updated app, for example, will not only give out real-time travel information in five languages – there will also be currency exchange rates, as well as a feature that allows travelers to tweet and post to Facebook directly from the Apple Watch face.
JetBlue’s app offers flight status, arrival messages, weather information, gate and seat information, and even a mobile boarding pass that coincides with the Passbook app at the TSA checkpoint and at the gate. On top of that, JetBlue’s passengers may also use their Apple Watch to buy things onboard and pay for them using Apple Pay.
What does this mean for workers in the travel and IT world? More jobs. As more gadgets come out in the market, more expertise is needed, and therefore more jobs are needed and delegated. Some companies may hire people temporarily, others permanently, in order to fulfill such a demanding mass request.

Along with the number of people working on the apps that have programming skills and travel expertise, there would also need to be out of the box ideas that will keep a company’s app unique, potentially increasing not just app usage but also attracting ticket sales. Why fly with them? Because their app helps you do the things you need to do at the airport and on board much more easily.