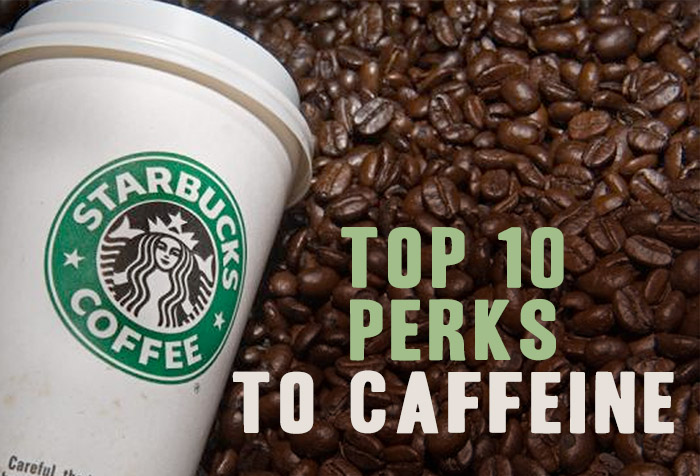 Even in relatively low doses of 250 milligrams, caffeine has been shown to stimulate alertness and improve mental performance1.

At 250 milligrams, some report an improved sense of well-being, happiness, energy, alertness and sociability2.

Studies suggest that caffeine can help you perform a variety of cognitive tasks, such as recognizing visual patterns, more quickly3.

Some sources note that caffeine allows athletes to exercise for longer durations without hitting exhaustion. Although the mechanism is not yet known, caffeine affects the utilization of glycogen during workouts. Glycogen is the main fuel for muscles. Once depleted, exhaustion occurs. Caffeine decreases the use of glycogen stores during workouts up to 50 percent – allowing for longer workouts4.

Some researchers have found that caffeine may potentially stimulate the release of B-endorphins and hormones that depress the sensation of pain or discomfort5.

Caffeine constricts blood vessels and helps the body absorb medications more quickly, which is why it is added to some pain medications.

Coffee contains minerals and antioxidants which help prevent diabetes. Frank Hu, M.D., one of the authors of The Harvard Study, theorizes it may be because caffeine stimulates muscles to burn fat and sugar more efficiently.

Antioxidants in caffeine help to stabilize free radicals and stop them from doing damage. If a free radical is formed in a cell and it is not neutralized, it can damage the DNA of the cell.

Caffeine keeps dopamine molecules active, preventing diseases like Parkinson’s and Alzheimer’s. Harvard researchers have found that men who drink four cups of caffeinated coffee a day are half as likely to develop Parkinson’s disease as those who refrain from consuming caffeinated beverages.

Drinking a moderate amount of caffeine can be therapeutic for people with asthma. Caffeine in the form of coffee may be used to prevent an asthma attack in emergency cases, but is not intended to replace medication.

With anything, there will always be a positive and negative side. Although caffeine has some benefits that you were unaware of, it also contributes to some of your daily health issues. Keep reading and you can decide weather caffeine is worth keeping in your diet or not…

Approximately 4 cups of coffee or a beverage with equivalent amounts of caffeine can raise blood pressure for many hours. The measured blood pressure levels are associated with increased risk of cardiovascular disease6.

When more than 2g of caffeine enters the body, the heart becomes stimulated and blood vessels dilate. Shortly after, blood pressure increases, causing bronchial relaxation in the lungs and increased breathing. These physiological reactions tend to cause irritability, restlessness, insomnia, and agitation8.

Type 2 diabetics should be aware that caffeine may potentially impair insulin’s action, causing a detectable rise in blood sugar levels. Approximately 2 to 2 ½ cups per day may cause this effect9.

Because it is a stimulant, caffeine can cause increased contractions of stomach muscles – possibly causing abdominal pain, diarrhea, and increased bowel movements. Those who have irritable bowel syndrome, Crohn’s disease, or colitis may want to be extra cautious before choosing caffeinated beverages10.

Caffeine inhibits the absorption of some nutrients and causes the urinary excretion of calcium, magnesium, potassium, iron, and trace minerals.

Research shows that men can significantly reduce their risk for urinary and prostate problems by making dietary changes, which include eliminating coffee and caffeine11.

Fibrocystic breast disease, PMS, osteoporosis, infertility problems, miscarriage, low birth weight and menopausal problems such as hot flashes are all exacerbated by caffeine consumption. Women on birth control pills are particularly at risk since they tend to have a decreased ability to detoxify caffeine12.

Caffeine tolerance may decrease with age. Production of DHEA, melatonin and other vital hormones decline with age. Caffeine helps to speed up this process. Caffeine also dehydrates the body, contributes to aging of the skin and kidneys, inhibits DNA repair and slows the ability of the liver to detoxify foreign toxins13.

Caffeine is a stimulant which binds to adenosine receptors in the brain. This leads to a range of complex reactions which causes an increase of stimulation at the adrenal glands. This can increase vulnerability to a variety of health disorders related to inflammation and fatigue14.