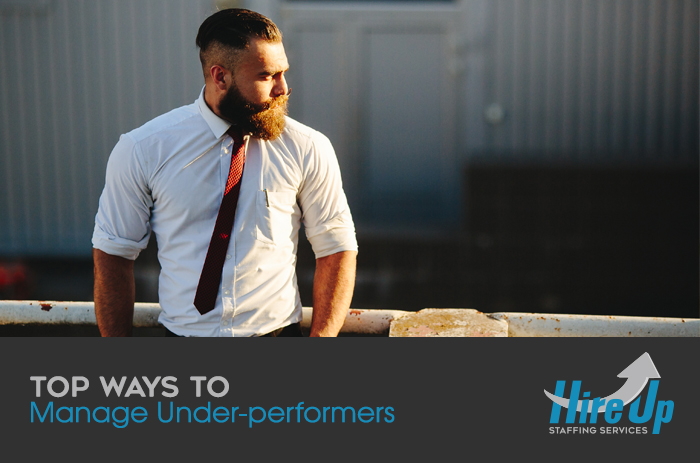 A few years ago, Fresno was unfortunately part of the top 10 in Forbes’s list of cities with the highest unemployment rates in the country. Back in 2013, the unemployment rate was at 14.4% – in fact, California dominated the list with 8 cities belonging to the top 10. Obviously, it wasn’t a good year for employment in the Golden State, but we have risen from that since. As of March this year, unemployment rate has gone down to 10.6%.

This made us wonder, what was causing these unemployment issues? Do people leave jobs by choice, or could it be possible that companies let go of people for being under-performers? The sad reality is, unfocused employees end up doing a disappointing job at what they’re getting paid to do. However, when managed correctly, these same people can be an employer’s greatest asset.

While employee behavior is not the sole responsibility of whoever hired them, it’s also important to know it plays a role. It has to go both ways – employer and employee both need to do their best. Here is how to do your part, should an employee’s behavior start causing concern.

It’s important to give clear feedback to your employees. However, for those who underperform (or at least seem to be), talk to them first rather than reprimanding them on the get go. If their quality of work suddenly drops, there has to be a reason so speak to them about what has changed and what they can do about it.

They say communication is a two-way thing, so after giving feedback let them say their piece too. Give the employee a chance to speak their point of view and see what the cause of the problem is.

When your employee singles out a concern that affects more than just themselves but a team or the entire company, make sure to address it. For example, if one person feels they are overburdened, there is a chance others might feel the same too.

Find Out What Makes Them Tick

It’s also very important to try and understand what makes a person tick – take time to know your employees. While it’s difficult for larger companies, try an umbrella approach. Bottom line is to get to what drives your people – what are their long-term goals? This also helps in scouting people for future promotions.

Create performance goals – together. Sure, you as a company would need to do it, but make sure to include your employees too. Seek feedback from them as well – ask your employees how they’d like to improve and what skills they need in order to do so. This kind of engagement is motivating for them, and would greatly improve your company should you follow through. It’s a win-win situation.

As previously mentioned, you should follow through. Always check on your employees. After they’ve set their goals, monitor how they are progressing. Something as simple as checking if someone’s completed a task by the target date can make a big difference. Management often seem like they do not care, but showing interest in your employee’s work actually help boost morale for them.

Recognize When They Improve

One of the most disengaging things for an employee is when they get asked to improve but don’t get commended for their progress. Make sure you recognize their accomplishments, and if you want you may even reward them. Continue providing feedback, especially positive ones. A simple “thank you” or “well done” can give them the boost they need, and in turn, it helps your organization too.

Do Not Let Continued Underperformance Slip By

If there’s still no improvement, it’s time to formally act on continued underperformance. Checking on their poor behavior lets the employee know you are being serious, and that your organization does not tolerate negative attitudes that take away from a conducive and productive environment. In addition, other people who work hard may get unmotivated if they see their coworkers slacking off without any consequences.

Know When to Cut Ties

It’s never easy to let go of someone, and should be considered a last resort only. However, if you have absolutely tried your best to fix an issue but the employee still continues to be careless and insensible about their job, it’s time to cut ties. This is especially true if they spread negativity, break rules, and do more damage than actually help out at work.